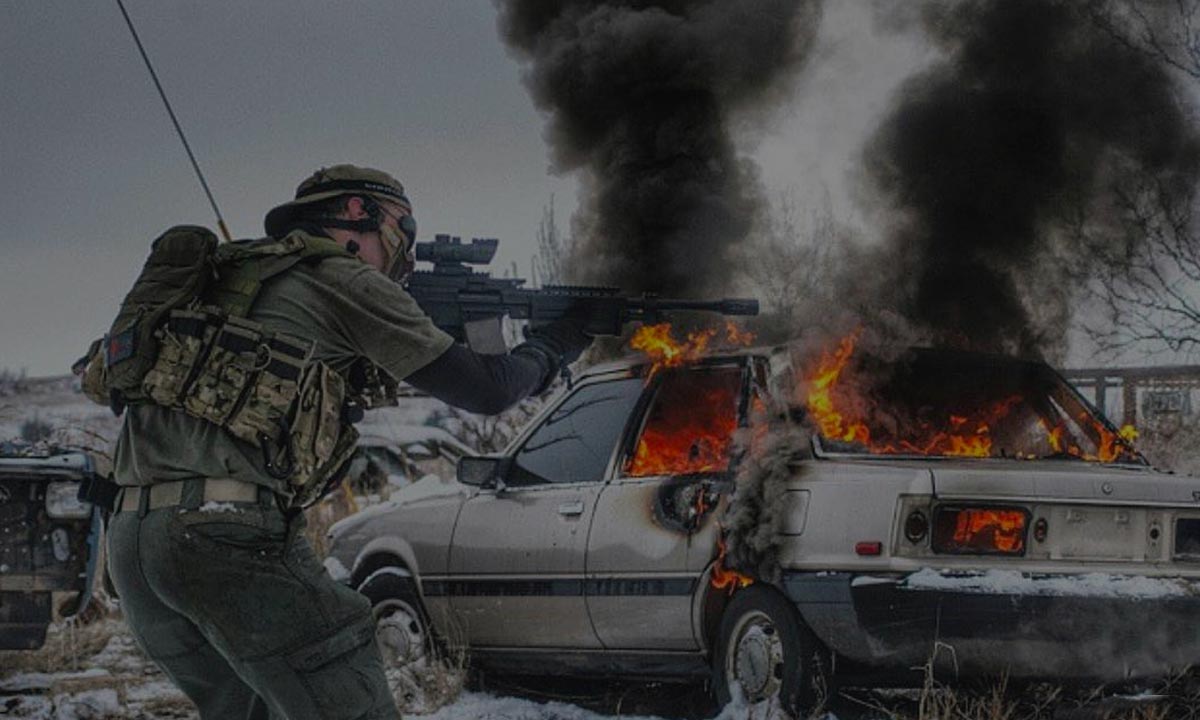 In the early hours of Saturday morning, the small town of Roosevelt, OK erupted in violence as the Civilian Defense Force (CDF) clashed with Federal forces in an attempt to free the town of their occupation.

The lighting attack at dawn caught Federal security forces off guard as CDF troops aided by Coalition Special Forces were able to breach the primary security perimeter of the Federal command and control facility.

Within hours, CDF forces had the majority of the town under their control and had destroyed one of the three key Federal communication infrastructure buildings.

“The Civilian Militia showed a very high level of organization, use of advanced TTPs – it was obvious that the Coalition had sent in either tactical advisors or SF team[s]. We have never seen this level of complexity in past CDF attacks; they are a legitimate threat to Federal security. This is not some farm boy taking pot shots at our troops, or planning a pipe bomb on a road.”

“Our OPs took effective fire throughout the entire engagement and were close to being overran several times. I give credit to the brave men and women of the United Federal States for holding when all hope was quickly fading.”

However, the CDF could not sustain the pace as Federal forces leveraged their mechanized forces to break the Militia’s flank and collapse in on the main CDF force. By late Saturday, Federal forces had pushed the CDF out of Roosevelt; the extreme cold weather helped play a key role as poorly geared militia lost much of their combat capabilities to weather related casualties.