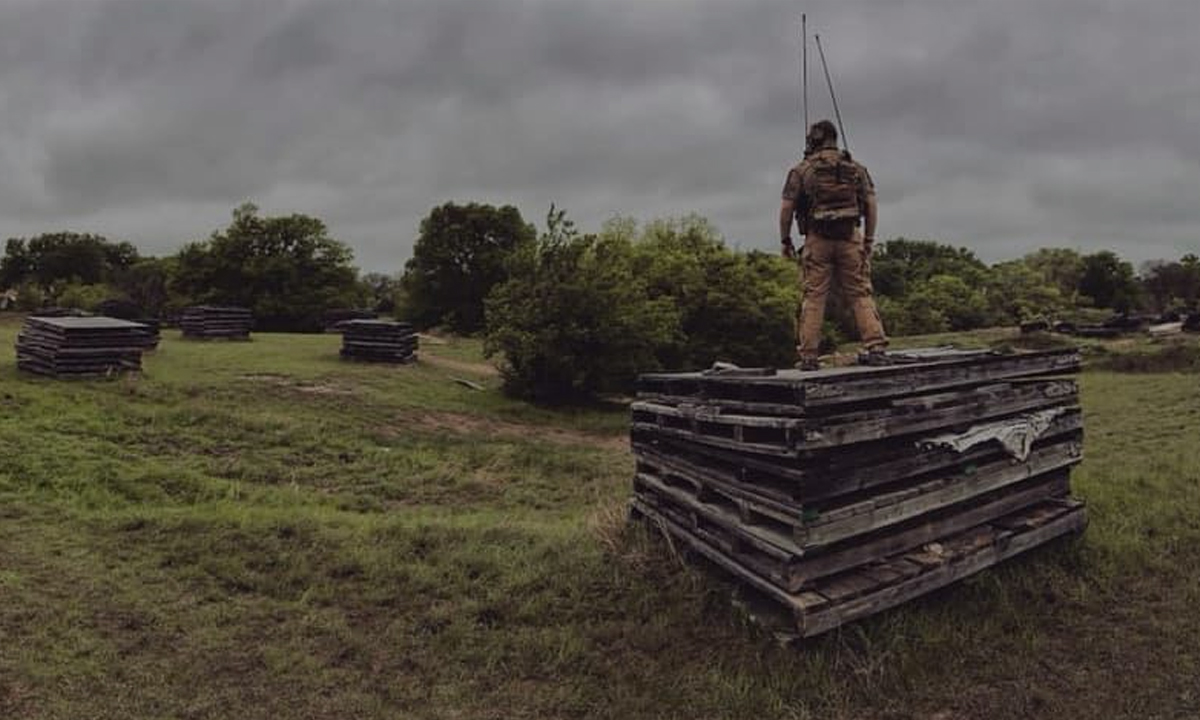 The weather and terrain could not have been better suited to aid the Coalition defense, unusual heavy rains had stagnated all the Federal routes of advance and men; equipment and vehicles were caked in deep thick mud.

Normally fordable creeks and rivers were turned into impassable rapids as the torrents of rain came down just before the Federal assault.  If that was not enough, the storm broke and blue skies opened just as the Federal’s troops attempted to assault Coalition positions.

The initial Federal blitz was fierce as they overran CoST defensive positions just Northeast of the Sanger City Center.  UFS forces were able to capture the Coalition “Re-education Facility” where they were able to recover a wealth of technical information from the Coalition interrogation of captured Sierra Dynamics’ operatives.  They were also able to destroy the Coalition EW systems and firebase that was keeping a large bulk of their forces at bay.

However, after early successes, the Federal war machine eventually became bogged down as Coalition commanders re-deployed their assets. Over the next 48 hours, Coalition forces managed to cut the Federal supply line and nearly surrounded the embattled force.  Before the noose could be set, Federal troops were able to break the Coalition blocking force to establish a fighting retreat. Instead of trying to pursue Coalition, commanders took the operational pause to collect casualties, rearm and resupply as the Federal raiders crossed back across the Red River into Southwestern Arkansas.