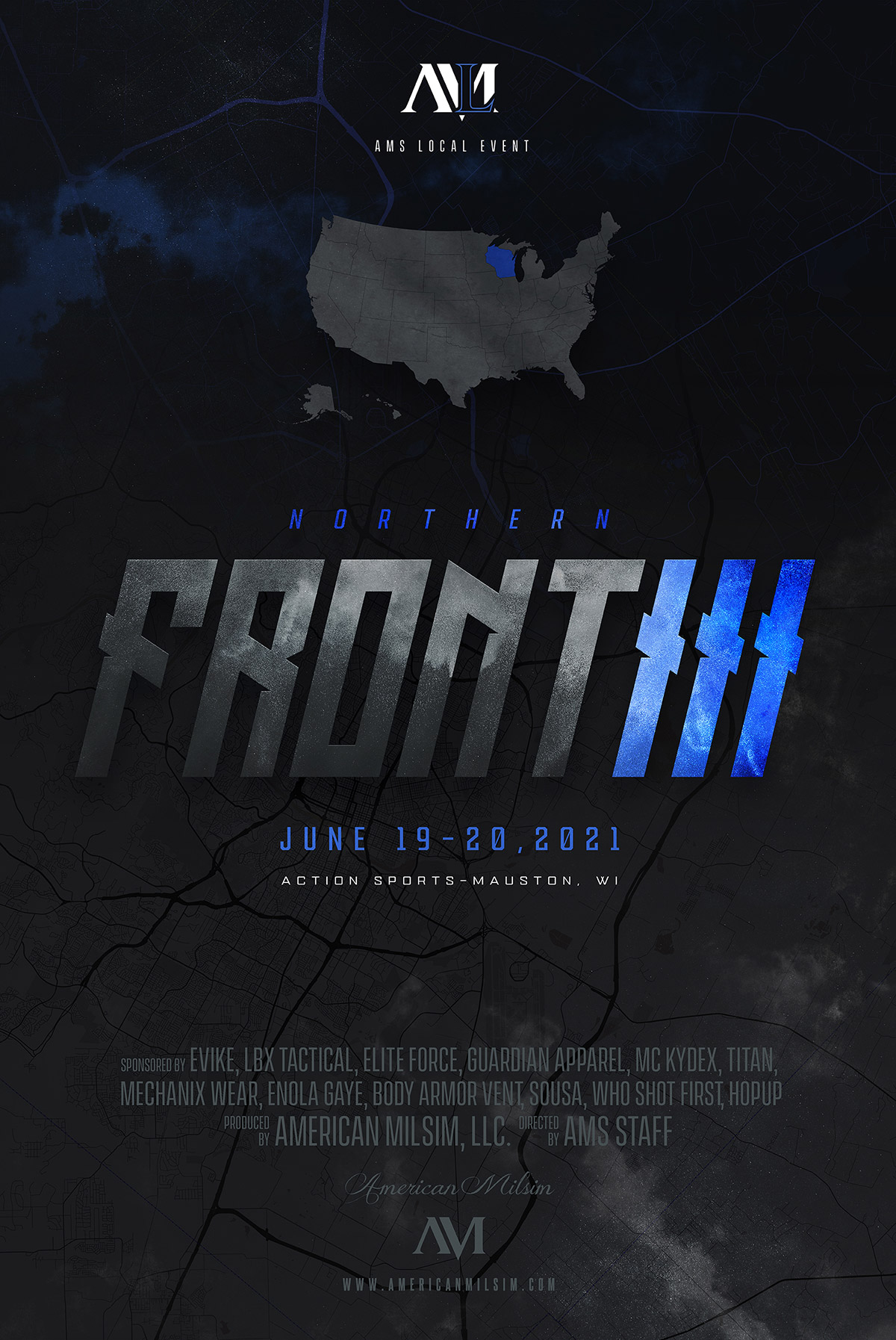 After being defeated twice in Bristol, the Northern Coalition forces have been forced to retreat to Mauston, WI as their last defensive line.

Federal planners having predicted this, have surround the North Coalition forces that have retrograded and cut off all avenues of ingress / egress.

Coalition leadership has been working tirelessly to relieve their embattled troops. They have devised a plan involving a coordinated air assault and troop drops utilizing the limited air assets in the region to break the Federal encirclement of Coalition forces.

Included in the enlistment fee all players will receive the following at check-in: